The charm of the capital

The founding of Rome is enveloped in myth: the story goes that the first city center sprang up in 753 B.C. on the Palatine hill, built by Romulus after he had killed his twin brother Remus. Romulus was the first of the seven kings of Rome, who started off the basic characteristics of this city that would go on to make Rome powerful throughout the ancient world: public works, institutional reforms, aqueducts.

With the arrival of the Republic, Rome increased its expansion policy and after the Punic Wars, Carthage, Corsica and Sardinia were all annexed to the Republic. The end of the Republic determined the beginning of Silla’s dictatorship (82 B.C.). The dictator Caius Julius Caesar oversaw a period of heavy expansion overseas. He was assassinated in 44 B.C.

Emperor Octavius Augustus brought Rome to its “golden era”: a lengthy period of peace and stability, which was celebrated with monumental works of art. Many emperors came after him, each of whom was famous for some work, conquest or edict. Under Traianus, the empire enjoyed its period of maximum expansion and reached as far as ruling land that stretched from the Danube to the Nile.

With the passing of the years, the city became increasingly Christian, while the empire fell into a fatal period of difficulty. The Pope became more and more powerful, building the grounds for the birth of the Holy Roman Empire (800 A.D.), which gave rise to the coronation of Charlemagne by the Pope.

The Church's power continued to increase and Rome, as the center of the Papal States, became the representation of this power on earth. Between 1300 and 1600, many churches were built, beautifully painted with frescoes by Renaissance artists such as Raffaello and Michelangelo. Crowds of pilgrims flocked to the Eternal City from all over the world to admire its Baroque squares, its fountains and its monumental basilicas.

After the patriotic unrest that started in 1848 and which was headed by Garibaldi, a plebiscite approved the annexing of Rome to the Kingdom of Italy in 1870, which set up its capital in the city soon after.

Starting from 1920, Rome was shaken by the terrible rise to power of Fascism that culminated in the pact made between the Italian Government and Nazi Germany. After Italy was liberated by the Allies during the Second World War, a referendum held on June 2nd 1946 sanctioned the end of the monarchy and the beginning of the Italian Republic.

If you want to spend time shopping in Rome, there is an endless choice of places for you to choose from: from the most famous designer labels in Italian fashion that dominate the more elegant city streets to the outlets outside the city, to the old craftsmen’s shops and laboratories and the flea markets.

For more detailed information about what to buy in Rome, we recommend you read our itinerary on Shopping in Rome. Here will just tell you the places in Rome where most of the shops are for you to be able to give vent to your consumer passion.

The most famous fashion streets in Rome are three parallel streets that all meet up with Via del Corso, starting from Piazza di Spagna or near there: Via Condotti, Via Borgognona and Via Frattina.

The most famous of the three is Via Condotti, which owes its name to the channels that carried water to the Agrippa thermal spa baths. Today it is one of the most elegant streets in the world, lined with the shops of the most famous fashion labels such as Bulgari, who opened his "atelier" here in 1905, Hermés, Cartier, Ferragamo and Battistoni, a historical Roman atelier of male tailored fashion that was a favorite of the Duke of Windsor.

In Via Borgognona there are other famous names: Ferré, Fendi, Laura Biagiotti, “the queen of cashmere" and Gai Mattiolo, a young Roman fashion designer who has recently entered the elite of famous designer labels. Finally, in Via Frattina, there are the ateliers of Tiffany, Versace and Byblos.

Many streets in the old city center are still full of traditional Roman craftsmen’s shops: old-style carpenters and expert restorers are still concentrated in Via dei Cappellari. Via dei Sediari has been famous for hundreds of years for chairs, armchairs and other household objects made from wickerwork. The expert wrought iron forgers’ laboratories can be found in Via degli Orsini. Via Santa Dorotea is the place to go for vases and other painted ceramic pieces.

In Via dei Gigli d'Oro you can find reproductions of antique mosaics.

Rome’s antique shops are located in Via dei Coronari, Via Giulia, Via Margutta, Via del Babuino and Via del Pellegrino.

Rome is located approximately in the middle of the Italian peninsula and therefore is easily reached either from the north or from the south of the country. The capital is well connected to the rest of Italy and the world, thanks to the two airports and the excellent highway and train systems.

By car:
Rome is circumscribed in its entirety by a ring road (Raccordo Anulare) where highways coming from all parts of Italy meet. Those coming from Naples and from the South generally must travel the whole length of highway A1. For those coming from the North of Italy, from Tuscany or Umbria, follow A1 "Autostrada del Sole" up to the capital. From Genoa, Pisa and from the Tyrrhenian coast take A12 up to Rosignano and continue on Superstrada S1 "Aurelia" up to Rome. From Pescara and from the Adriatic coast you must take A24/A25 up to destination.

By train:
The capital's main station is Roma Termini: from here depart the majority of fast long distance trains (Eurostar, Intercity, Espressi) to all points in Italy. From Termini buses take off for all destinations and there is a subway stop also. Some trains, especially night ones, come and go from Roma Tiburtina. It is the second train station in Rome and is reachable from Termini by bus and by metro. For times please consult the Trenitalia website.

By plane:
Rome's main airport is Fiumicino "Leonardo da Vinci" (FCO) with flights for Italian, European, and Intercontinental destinations. The airport is very well connected to Roma Termini station by the Leonardo Express train, with departures every 30 minutes or by metro FM1, with some stops, to Roma Tiburtina. Between 11.30pm and 5am there is a Cotral night bus linking Fiumicino to Stazione Termini and Stazione Tiburtina. A shuttle bus connects the parking with arrivals and departures from terminal A, B and C.

Ciampino (CIA) is the second airport of Rome and is mainly used by low-cost airlines. To get to the city you must first take a Cotral bus (every half hour) and then subway A from Anagnina station. Also available is the Terravision Shuttle in conjunction with Ryanair and Easy-Jet flights. 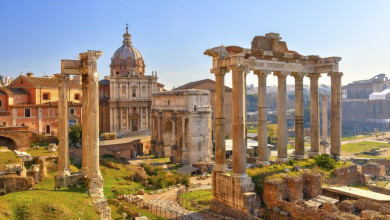 Rome: itineraries for everyone
Discover Rome through our guide by choosing one of the proposed tourist itineraries.
Food 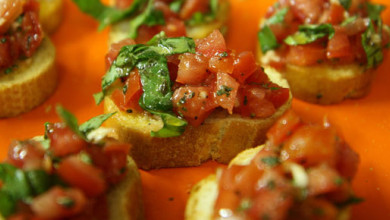 Eating And Drinking in Rome
Simple, with strong flavors, overflowing with dressings and anything but low-calorie. Perhaps a little unrefined but this contributes to its authentic, genuine style. Traditional Roman cooking is made up of simple, meager ingredients, that follow the seasons and which are therefore extremely fresh.
Guides 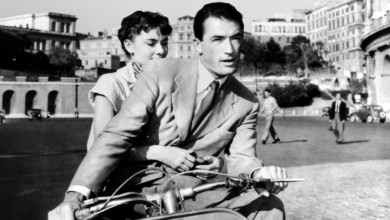 Rome: a virtual trip
It is often said that a lifetime is not enough to get to know Rome. At Nozio.com we fully agree with this statement: seeing its most important monuments, visiting its museums, walking along its streets, you can only get a vague idea about this complex city. For this reason, we have decided to offer you a trip to Rome that is not a classical itinerary: Ours will be a virtual itinerary to discover Rome through the eyes of artists and intellectuals that have loved, played and represented this city.