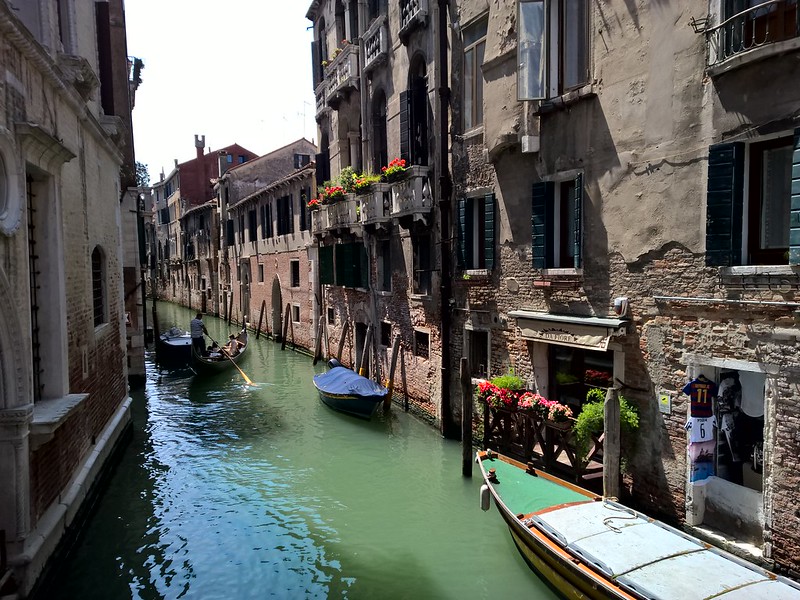 Venice is unique, magical, beautiful. Not only Piazza San Marco or Rialto but every corner of the city has a corner, a glimpse, a particularity that makes it unique. Get away from common routes and don't worry about getting lost! Signs for the station, Rialto or San Marco are everywhere!

The first human settlements on the Venice Lagoon islands date back to the 5th and 6th centuries, when the inhabitants from the mainland came to this semi-swamp area to escape the barbaric invasions that followed the fall of the Roman Empire. The populations coming from mainland Venice settled in the lagoon, fighting as hard as they could to survive:little by little that group of pieces of land surrounded by water took on the semblance of a real town, unique and special: there would never be anything like it in the world. Rafts were built, supported by strong wooden poles that were fixed to the sea floor.  They were connected by wooden walkways, upon which the construction of houses, buildings and monuments began.

When its population was big enough for it to be considered a city, Venice was annexed to the Byzantine Empire while maintaining its independence; in 697 it elected its first Doge, giving life to a new government: the Dogado (Maritime Empire). However, the event that finally made Venice’s name in the world took place in 828, when two enterprising Venetian merchants stole the Apostle Mark’s body from Alessandria in Egypt, and secretly transported it to Venice. A huge church, consecrated in 1094, was built to house the remains of the Saint, who then became the patron saint of the city: St Mark's Basilica.

Since its birth, Venice showed strong inclinations towards trade, which increased enough to create a dense network of trade relations with Byzantium at the end of the eleventh century. This gave birth to the Republic of Venice, which was finally consecrated in 1202 with the fourth crusade and the conquering of Byzantium.  The eastern city was sacked and the booty was taken to Venice, used to enrich the churches and palaces.  That treasure included the four bronze horses that decorate St. Mark's Basilica today.

After the 4th crusade, Venice gained a strong political role due to the fact that it now controlled a large part of the Mediterranean and it also increased its military power and its trading.

The historic rivalry with Genoa exploded into four wars, fought one after another until a truce was reached in 1381, when Venice beat the Ligurian city in the famous Battle of Chioggia (1380). Venice realized it was necessary to create bases on the mainland and began to expand towards Padua, Vicenza, Verona, Brescia and Bergamo. With the increase in areas controlled by the Republic, the city's prestige grew, earning it the nickname of Serenissima. The Serenissima was so busy with the expansion of its territory on the mainland that it did not notice the increasing power of the Turks who, between 1453 and 1499, succeeded in conquering Constantinople (Byzantium) and some coastal cities in Greece and Albania.

The League of Cambrai was founded in 1508: this was a sort of coalition against Venice which most of the European powers joined. Venice managed to maintain some of its land after seven years of war, but it lost its control over the Mediterranean. In the 17th century, the Serenissima had to give up Crete and the Peloponnesus area to the Turkish Empire.

In the period that followed, Venice’s political power was seriously damaged but there was a considerable increase of the arts and literature in the city, which gave rise to the creation of works of art by Tiepolo, Pietro Longhi and Canova and to theatre plays by Carlo Goldoni.

In 1797 Napoleon Bonaparte conquered and sacked Venice; soon after, the Emperor ceded the city to Austria, a period poorly tolerated by the Venetians who, led by Daniele Manin, ran the Austrians out of the city in 1848 and proclaimed the second Republic of Venice; the new system was short-lived as in 1866 Venice became part of the new Kingdom of Italy.

The rising water
In the fall, especially in October and November, it very often happens that the tide rises and the water overflows the banks of the canals, flooding the city: the foundations, the alleyways, the fields, the ground floor of the houses, the churches and the shops. The rising water is a problem for the Venetians but it is an unusual, exciting experience for tourists as it is a unique event. Seeing Piazza San Marco flooded by a still lake of water is most certainly a unique, magical moment, which has been immortalized several times over the years by famous photographers.

The names of the calli, campi and campielli (lanes, squares and small squares in Venice)
The Venetian Calli have unusual names that are usually either taken from the city's history or from an event that took place right on the very spot, or from the jobs of the people who lived in that lane or square. The names of the streets are written on small white squares that are placed on the outside of the buildings and that are called "nizioleti" (towels).

Gondolas
Gondolas are one of Venice’s most famous symbols worldwide. This typical Venetian boat is extremely ancient and is the result of a series of extremely complex craft techniques. A gondola is 11 meters long and weighs 600 kilograms. In spite of its considerable weight it is quite ease to maneuver by just one person using a single oar. We recommend you visit the Squero (boatyard) at San Trovaso where gondolas are still made today by the master craftsmen using the ancient techniques. 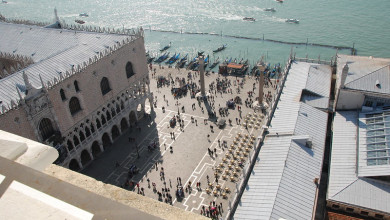 Venice: the essential things to know
"Without streets and vehicles, the uproar of wheels, the brutality of horses, and with its little winding ways where people crowd together, where voices sound as in the corridors of a house where the human step circulates as if it skirted the angles of furniture and shoes never wear out, the place has the character of an immense collective apartment, in which Piazza San Marco, Venice is the most adorned corner". Henry James, The Aspern Papers
Food 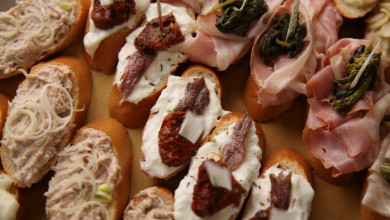 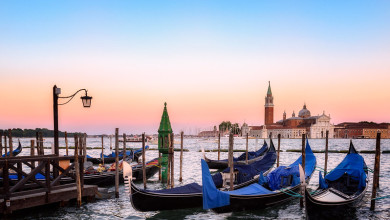 Venice: an intense weekend
A two-day itinerary dedicated to lovers of art, architecture and long walks in the open air. On the first day we will take you to discover the sestieri of Santa Croce, San Polo and Dorsoduro, and on the second day we will visit Castello, San Marco and Cannaregio.
Itineraries 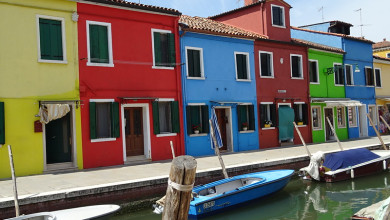